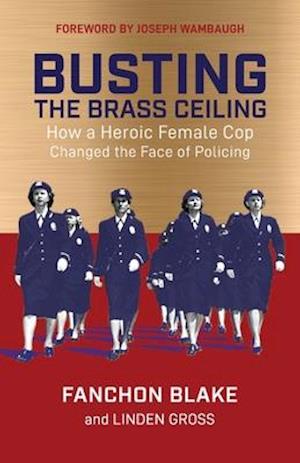 FANCHON BLAKE changed the face of policing around the country.

She joined the LAPD in 1948 and walked a beat in a skirt and heels for three years. Her ambition to rise in the ranks would be curtailed by an increasingly discriminatory agenda, until her relentless tenacity finally led to a promotion to sergeant nineteen years later.

When LAPD policy barred her from rising any further and threatened to eliminate women from the department, she sued, thereby initiating one of the country's landmark Title VII cases with little to no help from anyone.

Fanchon didn't understand what she was getting into when she filed a discrimination complaint against the LAPD with the federal Equal Employment Opportunity Commission in 1973. And she sure didn't realize that the complaint-and she-would make history for women and minorities.

Her betrayal of the LAPD's codes of silence and loyalty, however, would not go unpunished. Despite the ensuing verbal abuse, silent treatment, and intimidation, she pushed on.

Seven years later, her heroic efforts would finally make it possible for women to bust through the brass ceiling.