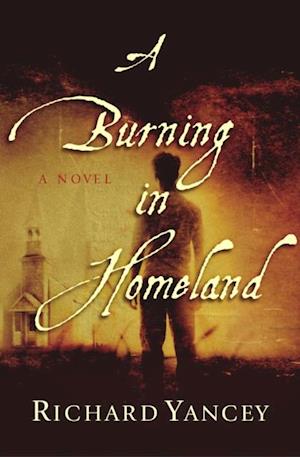 A Burning in Homeland is ...a wonderfully written, crazily romantic story of intense love and devastating betrayal ...a stunning debut of a remarkably gifted young novelist ...a Southern novel that captures the beauty, madness and mystery of both place and time. In what can only be described as a tour-de-force of passionate atmospheric storytelling, first-time novelist Richard Yancey had created a finely nuanced narrative that resounds with raw, emotional truths -- a story about the ominous return to a small town in central Florida of a man once sentenced to prison for defending the honor of the woman he loved, about the woman and her husband who both betrayed him, and about a guileless young boy who gets caught up in their web of love, lies, and deceit. The story of the love between Halley Martin and Mavis Howell is seldom talked about in the tiny town of Homeland, Florida, but in the twenty years since Halley was sent to prison for murdering a rival suitor -- the only murder ever in this small, pious town -- the story has become legend. To seven-year-old Shiny Parker it has become a mystery, something his parents whisper about. He knows that somehow the pretty wife of the local minister is involved, but it is all too confusing for him to sort out. When the church's parsonage burns, almost killing the minister, only days before the legendary Halley Martin is due to be released from prison, Shiny senses a connection between the events -- as do most residents of the town. But if Haley was still in prison when the house burned, who set the fire...and why? Passionate love, the betrayal of friendship, hidden letters, a suspicious fire, mystery and revenge -- all are elements of this complex and deeply involving Southern gothic tale. Alternating among a trio of first person narrators -- Shiny, Mavis, and Halley -- Richard Yancey has created a lush, epic Southern landscape bursting with larger than life characters and rich atmospherics. A Burning in Homeland is both starkly haunting and exquisitely romantic and a masterpiece of dazzling storytelling you will not soon forget.