- Life with My Father - By Debby Campbell & Mark Bego 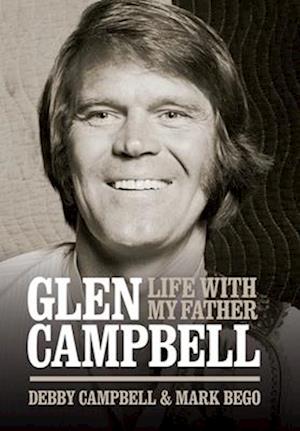 Glen Campbell began his musical career as a studio musician and an intricate part of the world famous Wrecking Crew, providing the music to countless Sixties and Seventiess recordings. During his 50 years in show business, Campbell released more than 70 albums selling more than 50 million copies. His hits include Galveston, By the Time I Get to Phoenix, Wichita Lineman (which is the most played song of the millennium) and Rhinestone Cowboy . He continued on to a successful TV career with The Glen Campbell Goodtime Hour, which was viewed by over 50 million people each week, and co-starred with John Wayne in the classic movie True Grit. He was inducted into The Country Music Hall of Fame in 2005, and was awarded a Grammy Award for Lifetime Achievement in 2012. For 24 years, Debby was by her father s side as a part of his concert touring act, as well as a supportive part of his family. She had been with her dad through his four wives, drug and alcohol addictions, and the shattering beginnings of Alzheimer s disease. In Burning Bridges, Debby Campbell writes her story of a father and his devoted daughter from her heart, and from her diary. It is about a family bound together by Glen s talent. Debby discusses her father s marriages, drinking, drugs, his illness and her sudden sacking. In her frank family memoir Debby Campbell sets the record straight on a daughter s love for her talented father, with the full knowledge that she is about to start burning some bridges of her own.

Forfattere
Bibliotekernes beskrivelse Debby Campbell writes her story of a father and his devoted daughter from her heart, and from her diary