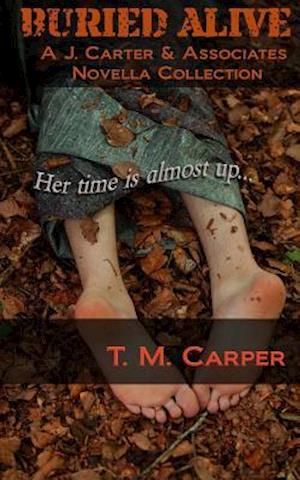 Collecting both AGAINST THE CLOCK and BLOWN AWAY together for the first time. TICK. TOCK. TIME'S UP It starts innocently enough. Then, Neil Pearson's world is turned upside down when his girlfriend is kidnapped by an old classmate with a vendetta. The clock is ticking on her life -- Lara Murphy's been buried alive. He's got less than two hours to decode the clues before she suffocates. Waking up in a coffin wasn't part of her plan. But Lara's not your average damsel in distress. She's not about to lie around and wait to die, regardless of what her faceless captor thinks. There is a way out -- and she'll find it -- or die trying. THE BLAST WAS ONLY THE BEGINNING. When the offices explode, it's up to Lara Murphy to pick up the pieces. While her mother struggles for life in a hospital, she seeks Neil Pearson's help in determining who had motive and the opportunity to plant a bomb on the inside. All the evidence points to a long time foe -- her grandmother. However, it's not that simple when further investigation reveals a long-hidden secret. One that someone is determined to kill for. One that will destroy Lara's faith in her own family and leave her own life hanging in the balance.