- Towards a Critical Theology 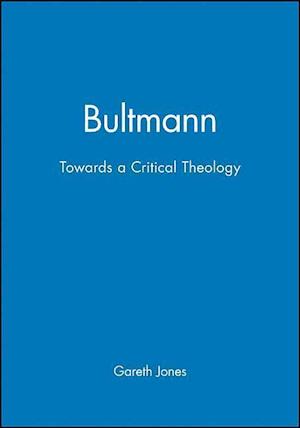 Rudolf Bultmann is one of the most original and influential theologians of the twentieth century. Drawing on the work of Heidegger among others, Bultmann developed a distinctive form of hermeneutic theology which remains a fundamental reference point in current theological and philosophical debates. This book is a major new contribution to the contemporary reappraisal of the Bultmann legacy. By examining in detail Heidegger's influence on Bultmann, Gareth Jones is able to offer an original interpretation of Bultmann's theology as a phenomenological and hermeneutic enterprise, rather than as a nebulous kind of existentialism. Moreover, by following through the subsequent reception of Bultmann's thought Jones is able to assess Bultman's significance for modern hermeneutic theology, while avoiding the pitfalls into which other commentators have fallen.

Forfattere
Bibliotekernes beskrivelse Examines Heidegger's influence on Bultmann and argues from this that Bultmann's theology was a phenomenological and hermeneutic enterprise rather than a nebulous form of existentialism. The book also assesses Bultmann's significance for modern hermeneutic theology. black & white illustrations