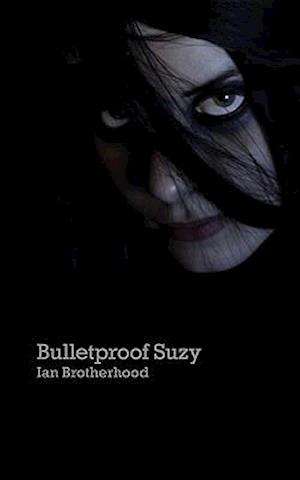 A government initiative contracts bands of citizen volunteers to collect payment. Bulletproof Suzy, recruits 3 other young females to exploit the opportunity to earn enough cash. Suzy's friend, Joanne disapproves of the venture. Joanne is found murdered outside Suzy's tower block not long afterwards, and Suzy herself remains the prime suspect.

Forfattere
Bibliotekernes beskrivelse The story is set in a near future Britain in the direst quarter of an unnamed city. This is a landscape of tower blocks of huge street lamps that turn the world a shade of greyish orange - beneath which all human activity seems suspect - of winding paths and foot bridges over never quiet motorways. A government initiative to deal with increasing opposition to unpopular council tax rises contracts bands of citizen volunteers to collect payment. Francine O'Brallahan aka Bulletproof Suzy, a highly intelligent though somewhat violent member of the urban underclass, recruits three other young females, her 'little ladies', to exploit the opportunity to earn enough cash to find a better life. Suzy's middle class, politically correct friend, Joanne disapproves of the venture and their friendship is broken. Joanne is found brutally murdered outside Suzy's tower block not long afterwards.Suzy and her crew set about finding the killer to exact retribution in the only way that they know, but there are two deadly and ominous complications: as far as the city police are concerned, Suzy herself remains the prime suspect and there appears to be damning video evidence to back up their theory; and there is a menacing new gang infiltrating Suzy's neighbourhood - they're numerous, sophisticated and armed to the teeth and they're after Suzy's blood. Ian Brotherhood's debut novel seems destined to become a modern cult classic. Suzy's narrative is pacy, fresh and idiosyncratic and her character is an astonishing creation-perhaps the first significant female anti-hero of the 21st century. This is a short sharp left hook of a book, and it hits the spot.