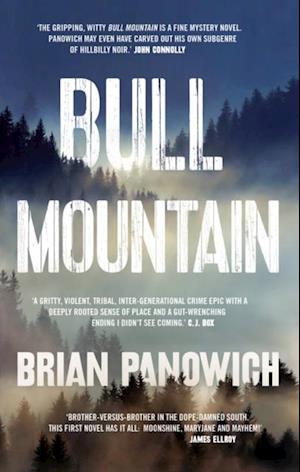 Clayton Burroughs is sheriff of Bull Mountain and black sheep of the brutal and blood-steeped Burroughs clan. In the forties and fifties, the family ran moonshine over six state lines. In the sixties and seventies, they farmed the largest marijuana crop on the East Coast, and now they are the dominant suppliers of methamphetamine in the South. An uneasy pact exists between the law man and his folk, but when a federal agent shows up in Clayton's office with a plan to shut down Bull Mountain, his agenda will pit brother against brother and set Clayton on the path to self-destruction. BULL MOUNTAIN is a story about family, and the lengths men will go to protect it, honour it, or, in some cases, destroy it.