indgår i serie Buildings of the United States 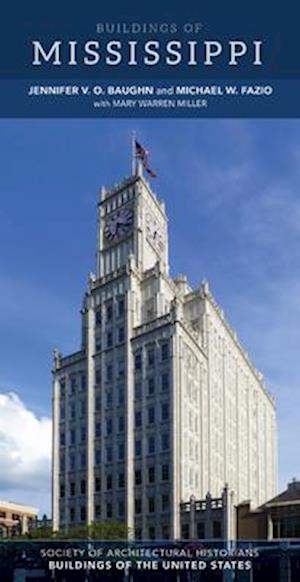 As Eudora Welty observed, "One place understood helps us know all places better." Nowhere is this more apropos than in her home state of Mississippi. Although accounts of its architecture have long conjured visions of white-columned antebellum mansions, its towns, buildings, and landscapes are ultimately far more complex, engaging, and challenging. This guidebook surveys a range of such locations, from Native American mounds and villages to plantation outbuildings that bear witness to the lives of enslaved African Americans, from twentieth-century enclaves built for sawmill workers and oil tycoons to neighborhoods that bolstered black Mississippians during segregation, and from the vernacular streetscapes of small towns to modern architecture in Greenville, Meridian, Jackson, and Biloxi. In the pages of this latest volume in the celebrated Buildings of the United States series, newly redesigned in a more user-friendly format, readers will come to know the history of close to 600 sites, illustrated by 250 photographs (most in full color) and 29 maps, including such wide-ranging places as Longwood and the Museum of African American History and Culture in Natchez, Vicksburg National Military Park, Winterville Mounds, the Delta Blues Museum in Clarksdale, the Neshoba County Jail and Courthouse, the University of Mississippi and William Faulkner's Rowan Oak in Oxford, and the homes of Medgar and Myrlie Evers and Eudora Welty in Jackson.