- Consultants and the Politics of Public Sector Reform in Comparative Perspective 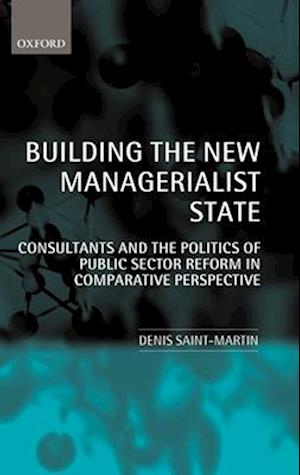 In the 1980s and 1990s the world of governance witnessed a far-reaching change from the Weberian model of bureaucracy to the 'new managerialism' - a term used to describe the group of ideas imported from business and mainly brought into government by management consultants. Over the past fifteen years, the British, French, and Canadian governments have spent growing sums of money on consulting services and, as a result, policy-makers inside the state haveincreasingly been exposed to the business management ideas that consultants bring into the public sector. Nevertheless, there are major differences in the extent to which reformers in the three countries embraced these ideas in the process of bureaucratic reform. Accordingly, this is a book about policy change and variation. It seeks to explain why the changes produced by the new managerialism have been more radical in some countries than in others. Building the New Managerialist State shows that the political reception given by governments to managerialist ideas has been significantlyshaped by the openness of policy-making institutions to outside expert knowledge and on the organization, development, and social recognition of management consultancy.

Forfattere
Bibliotekernes beskrivelse Since the mid-1980s, the world of governance has witnessed a transition from the Weberian model of bureaucracy to the "new managerialism". This text examines the differences in the extent to which France, Canada and Britain have embraced these ideas in the process of bureaucratic reform. 6 line figures