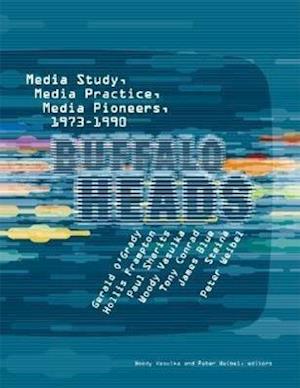 Images and texts document the legendary Department of Media Study at SUNY Buffalo when it set the world standard; a history of the program and examples of work by "Buffalo heads" James Blue, Tony Conrad, Hollis Frampton, Gerald O'Grady, Paul Sharits, Steina, Woody Vasulka, and Peter Weibel.Twentieth-century art history is not just a history of individuals, but of collectives, groups. Universities and colleges have had much to do with this through their support of artistic communities and creative interactions. In the 1920s and 1930s, the Bauhaus was known for this. In the 1940s, Black Mountain College became a leader in community-based visual art practice and education. And in the 1970s and 1980s, the Department of Media Study at the State University of New York at Buffalo was the place to be. It was there, in 1973, well before any other university had a program explicitly devoted to media art, that Gerald O'Grady founded a media study program that is now legendary. Artists-including avant-garde filmmakers Hollis Frampton, Tony Conrad, and Paul Sharits, documentary maker James Blue, video artists Woody Vasulka and Steina, and Viennese action artist Peter Weibel-investigated, taught, and made media art in all forms, and founded the first Digital Arts Laboratory. These Buffalo faculty members were not just practicing artists, but also theorists who wrote and spoke on issues raised by their work. They set the terms for the development of media art and paved the way for the triumph of video installation art in the 1990s. The images and texts in Buffalo Heads bear witness to the groundbreaking events at the Buffalo Center for Media Study. The book presents not just a tribute to a famous media department finally receiving its due; it is a rich inventory of primary texts (many never before published), works that will improve our understanding of media, amplify our cultural memory, and offer a perspective on contemporary issues.