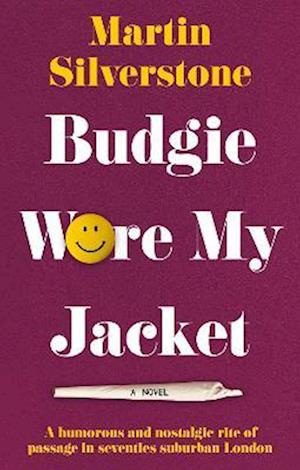 Enter the immersive world of 1970s London.Between the hippies and skinheads and the era of disco and punk, there was a time when attitudes became outrageous, music more fun, fashions glamorous, and pop stars shocking - welcome to the age of glam rock.Here we meet Mark, trying to be cool but not quite pulling it off. He is still a virgin and feeling left far behind by his more successful best mate. He wants to trip on LSD but is terrified of bummers. He fancies Samantha, the Pre-Raphaelite beauty at college, but lacks the confidence to approach her. In the north-eastern extremities of suburban London, Mark and his friends live for the weekend parties. They make regular journeys up west to the hip boutiques, restaurants and record shops; especially Kensington's Biba, Mr. Freedom and Kenny Market. They take drugs, have sex and march against the Tory government.

Forfattere
Bibliotekernes beskrivelse Enter the immersive world of 1970s London. Between the hippies and skinheads and the era of disco and punk, there was an age when attitudes became outrageous, music was fun, fashions glamorous, and pop stars shocking - welcome to the era of glam rock.