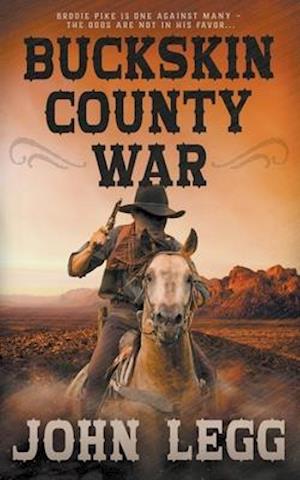 BRODIE PIKE IS ONE AGAINST MANY - THE ODDS ARE NOT IN HIS FAVOR.

Brodie Pike knew he shouldn't get involved. It would somehow turn out bad, as seemed to happen too often to him, but he couldn't watch four gunmen bully a small-time rancher. The next day, the man he had helped is found beaten to death. Though he knows he is responsible for Dunn's death, he refuses to help the group of small ranchers who know that the Buckskin County Cattlemen's Association will be coming for their land soon.

Months later, he reads that the association has started its campaign of terror against the small ranchers. Against the odds, he decides to throw in with them, facing the association's horde of hired guns, risking his life in the bloody, violent Buckskin County war, where death is always just one bullet away.