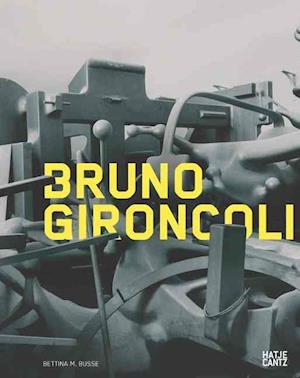 Bruno Gironcoli (*1936 in Villach) occupies a unique position in the field of international contemporary sculpture. The Austrian artist has developed an unmistakable form of expression which he continues to cultivate, from his early ornate wire objects through to the enormous sculptures of the past two decades. Existential themes-such as the relationship between man and woman, sexuality, violence, and subjugation-are areas upon which he reflects in his machine-like sculptures. Along with these, Gironcoli has also created a broad spectrum of works on paper. Paying particular attention to his sculptural work, this focused monograph is the first to offer a comprehensive overview of his oeuvre. Alongside a complete catalogue of his sculptural works, this volume also presents Gironcoli's writings for the first time, as well as previously unpublished interviews from 1994 and 1995, in which he discusses his work in detail.