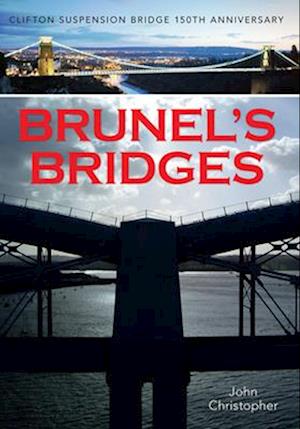 Leaping across the Avon Gorge, the Clifton Suspension Bridge is a statement of Victorian bravado, ingenuity and engineering prowess. It was Brunel's first major commission, his 'first love' as he put it, and the bridge has become the city's most famous and iconic landmark. But its construction was far from straightforward and marred by a shortage of funds it was abandoned by the time of his death, only to be completed by his engineering colleagues as a memorial to their friend.Brunel expert John Christopher tells the story of the Clifton Suspension Bridge, and of his other most notable bridges including the Hungerford Bridge in London, the wide brick-built bridges that carried the GWR over the Thames, the iron bowstring bridge at Windsor, the wooden and masonry railway bridges at Bath and Bristol, plus the numerous timber viaducts and bridges, and culminating with the magnificent tubular iron bridges at Chepstow and Saltash.