indgår i serie PROCEEDINGS OF THE BRITISH ACADEMY 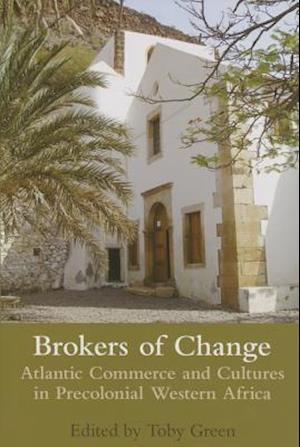 The Atlantic Ocean, transcending national boundaries as it does, has long been seen as a pivotal site for understanding the way in which local and regional economies and cultural frameworks gradually became integrated into a global system during the early modern era. A key concept that has brought new insight to the study of transnationalism is that of brokerage. Brokers are people who link up different worlds and are at ease in a variety of cultural settings; theyhave flexibility of outlook and cultural identification. Brokerage can explain and add nuance to the multiple cultural worlds and intense trade characteristics of regions of West Africa.The essays collected here are by leading scholars in the field of the pre-colonial history of Western Africa (the region between Senegal and Sierra Leone). They span the whole pre-colonial period between the first Portuguese voyages of discovery and the transition to legitimate commerce. The volume offers the first real synthesis of the importance of this region of Africa in the emergence of the Atlantic world between the fifteenth and nineteenth centuries. It has sections on African-Europeanrelations; the Cape Verde islands and wider Atlantic trade; trade in slaves and commodities; and the transition to 'legitimate' commerce. Thus the essays here offer scholars and general readers a real chance to engage with an important part of Africa.

Forfattere
Bibliotekernes beskrivelse This is an important collection of essays focusing on pre-colonial trade and African-European interaction, looking at western Africa between Senegal and Sierra Leone. It spans the whole pre-colonial period between the first Portuguese voyages of discovery and the transition to legitimate commerce in the 19th century. c. 12 maps, 3 figures