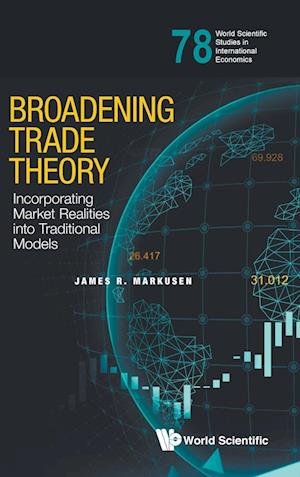 This volume is a collection of the author's past and recent research. It concentrates on some topics that continue to be neglected in mainstream trade theory, but which have grown in empirical relevance as the decades have passed and allow us to broaden our world view. These include adding multinational firms and a major role for the demand side of general equilibrium to our conventional portfolio of models.Part I in the volume focuses on multinational firms and the incorporation of endogenous location and ownership choices into general-equilibrium trade models. A particular emphasis, repeatedly confirmed in empirical studies, is on horizontal firms that replicate activities across borders. Two chapters on the vertical integration versus outsourcing decision reveal the non-excludable property of knowledge-based assets.Part II focuses on the demand side of general equilibrium, arguing and showing empirically that non-homothetic preferences, which give an important role to per capita income, help explain many of the empirical puzzles that trade economists keep trying to explain only from the production side of general equilibrium.Part III is eclectic, but the chapters in this section share the common thread of showing how distortions and allowing trade in factors of production both modify traditional policy ideas and also create additional sources of gains from trade.