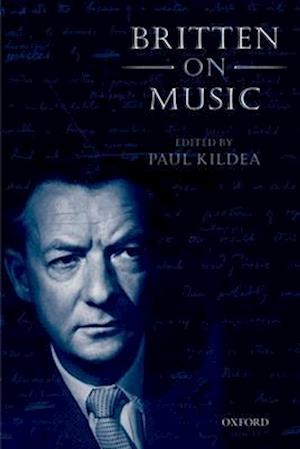 Benjamin Britten was a most reluctant public speaker. Yet his contributions were without doubt a major factor in the transformation during his lifetime of the structure of the art-music industry. This book, by bringing together all his published articles, unpublished speeches, drafts, and transcriptions of numerous radio interviews, explores the paradox of a reluctant yet influential cultural commentator, artist, and humanist. Whether talking about his own music,about the role of the artist in society, about music criticism, or wading into a debate on soviet ideology at the height of the cold war, Britten always gave a performance which reinforced the notion of a private man who nonetheless saw the importance of public disclosure.

Forfattere
Bibliotekernes beskrivelse Benjamin Britten was a most reluctant public speaker. Yet he was an influential and thoughtful artist and cultural commentator. This book brings together all his published and draft articles, unpublished speeches, transcriptions of important radio interviews, and programme notes. 4pp plate section