Brittany and the Angevins 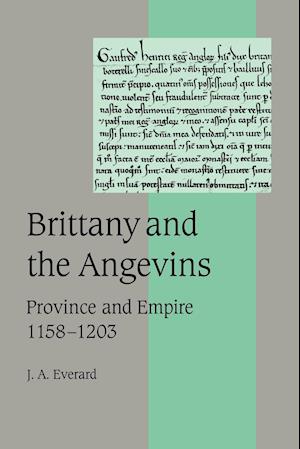 The rule of the Angevins in Brittany is characterized usually as opening an isolated 'Celtic' society to a wider world and imposing new and alien institutions. This study of Brittany under the Angevins, first published in 2000, demonstrates that the opposite is true: that before the advent of Henry II in 1158, the Bretons were already active participants in Anglo-Norman and French society. Indeed those Bretons with landholdings in England, Normandy and Anjou were already accustomed to Angevin rule. The book examines in detail the means by which Henry II gained sovereignty over Brittany and how it was governed subsequently by the Angevin kings of England from 1158 to 1203. In particular, it examines the extent to which the Angevins ruled Brittany directly, or delegated authority either to native dukes or royal ministers and shows that in this respect the nature of Angevin rule changed and evolved over the period.