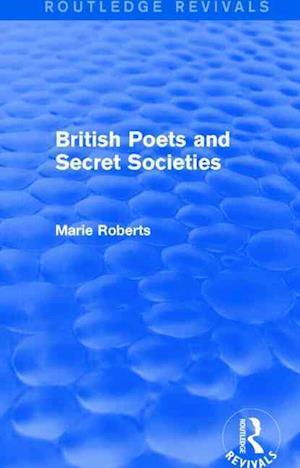 A surprisingly large number of English poets have either belonged to a secret society, or been strongly influenced by its tenets. One of the best known examples is Christopher Smart's membership of the Freemasons, and the resulting influence of Masonic doctrines on A Song to David. However, many other poets have belonged to, or been influenced by not only the Freemasons, but the Rosicrucians, Gormogons and Hell-Fire Clubs. First published in 1986, this study concentrates on five major examples: Smart, Burns, William Blake, William Butler Yeats and Rudyard Kipling, as well as a number of other poets. Marie Roberts questions why so many poets have been powerfully attracted to the secret societies, and considers the effectiveness of poetry as a medium for conveying secret emblems and ritual. She shows how some poets believed that poetry would prove a hidden symbolic language in which to reveal great truths.The beliefs of these poets are as diverse as their practice, and this book sheds fascinating light on several major writers.