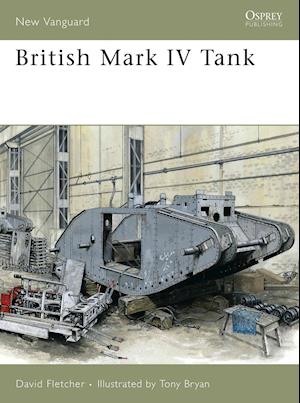 Amongst the first ever mass-produced tanks in history, the British Mk IV has been classified as one of the most successful heavy tanks to have fought in World War I. It proved its worth at the landmark battle of Cambrai in November 1917, when 460 Mark IVs were deployed for the first time against the enemy with great effect. Arguably changing the nature of warfare on the Western Front, the Mark IV was one of the first vehicles in the world to partake in a tank duel when, in 1918, it met the German A7V in combat. Drawing on a wealth of previously unpublished photographs and new information on its operational abilities, this fascinating exploration of the British Mk IV tank provides a detailed account of this crucial vehicle, its variants, and its deployment on the battlefields of the Great War.