- Consuls, Agents and Influence in the Middle East 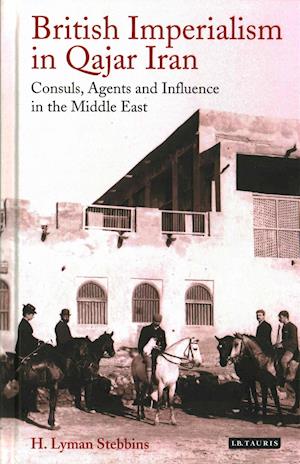 In 1888, there were just four British consulates in the country; by 1921 there were twenty-three. H. Lyman Stebbins investigates the development and consequences of British imperialism in Iran in a time of international rivalry, revolution and world war. While previous narratives of Anglo-Iranian relations have focused on the highest diplomatic circles in Tehran, London, Calcutta and St. Petersburg, this book argues that British consuls and political agents made the vast southern borderlands of Iran the real centre of British power and influence during this period. Based on British consular archives from Bushihr, Shiraz, Sistan and Muhammarah, this book reveals that Britain, India and Iran were linked together by discourses of colonial knowledge and patterns of political, military and economic control. It also contextualizes the emergence of Iranian nationalism as well as the failure and collapse of the Qajar state during the Iranian Constitutional Revolution and the First World War.

Forfattere
Bibliotekernes beskrivelse Spurred by a Russian threat to India and the weakness of the Qajar dynasty (1796-1925), Britain established an extensive consular network to further its interests in southern Iran in the late nineteenth and early twentieth centuries. 6 bw integrated, 4 maps