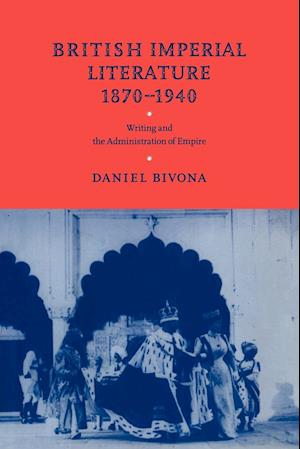 British Imperial Fiction, 1870-1940 traces the gradual process by which the colonial bureaucratic subject was constructed in nineteenth- and early twentieth-century Britain. Daniel Bivona's study offers insightful readings of a number of influential writers who were involved in promoting the ideology of bureaucratic self-sacrifice, the most important of whom are Stanley, Kipling and T. E. Lawrence. He examines how this governing ideology is treated in the novels of Joseph Conrad, Joyce Cary and George Orwell. By placing the complexities of individual texts in a much larger historical context, this study makes the original claim that the colonial bureaucrat played an ambiguous but nonetheless central role in both pro-imperial and anti-imperial discourse, his own power relationship with bureaucratic superiors shaping the terms in which the proper relationship between colonizer and colonized was debated.