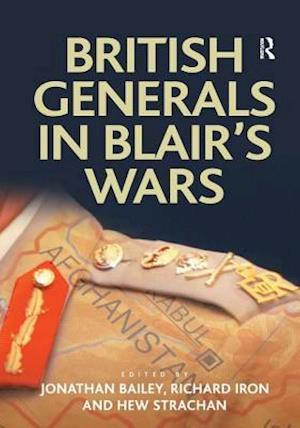 British Generals in Blair's Wars is based on a series of high profile seminars held in Oxford in which senior British officers, predominantly from the army, reflect on their experience of campaigning. The chapters embrace all the UK's major operations since the end of the Cold War, but they focus particularly on Iraq and Afghanistan. As personal testimonies, they capture the immediacy of the authors' thoughts at the time, and show how the ideas of a generation of senior British officers developed in a period of rapid change, against a background of intense political controversy and some popular unease. The armed forces were struggling to revise their Cold War concepts and doctrines, and to find the best ways to meet the demands placed upon them by their political leaders in what was seen to be a 'New World Order'. It was a time when relations between the Government of the day and the armed services came under close scrutiny, and when the affection of the British public for its forces seemed to grow with the difficulty of their operational tasks. This is a truly unique and invaluable book. For the first time, we are offered first-hand testimony about Britain's involvement in recent campaigns by senior participants. In addition to touching on themes like civilian-military relations, the operational direction of war and relationships with allies, these eyewitness accounts give a real sense of how the character of a war changes even as it is being fought. It will be essential reading for those in military academies and staff colleges, not only in Britain but throughout NATO, and especially in the USA. It also has profound policy implications, as both the UK and NATO more generally reassess their strategies and the value of intervention operations. It will also become a primary source for historians and students of the wars, in Iraq and Afghanistan in particular.

Forfattere
Bibliotekernes beskrivelse Based on a series of high profile seminars held in Oxford in which senior British officers, predominantly from the army, reflect on their experience of campaigning, this title embraces the UK's major operations since the end of the Cold War, focusing on Iraq and Afghanistan.PRIZES:Long-listed for Templer Medal 2013