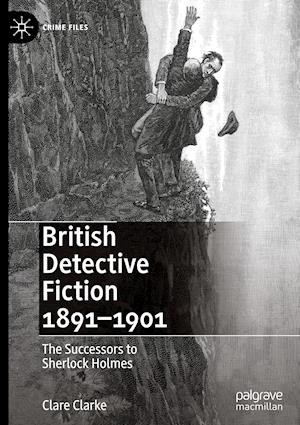 This book examines the developments in British serial detective fiction which took place in the seven years when Sherlock Holmes was dead. In December 1893, at the height of Sherlock's popularity with the Strand Magazine's worldwide readership, Arthur Conan Doyle killed off his detective. At the time, he firmly believed that Holmes would not be resurrected. This book introduces and showcases a range of Sherlock's most fascinating successors, exploring the ways in which a huge range of popular magazines and newspapers clamoured to ensnare Sherlock's bereft fans. The book's case-study format examines a range of detective series-- created by L.T. Meade; C.L. Pirkis; Arthur Morrison; Fergus Hume; Richard Marsh; Kate and Vernon Hesketh-Prichard- that filled the pages of a variety of periodicals, from plush monthly magazines to cheap newspapers, in the years while Sherlock was dead. Readers will be introduced to an array of detectives-professional and amateur, male and female, old and young; among them a pawn-shop worker, a scientist, a British aristocrat, a ghost-hunter. The study of these series shows that there was life after Sherlock and proves that there is much to learn about the development of the detective genre from the successors to Sherlock Holmes."In this brilliant, incisive study of late Victorian detective fiction, Clarke emphatically shows us there is life beyond Sherlock Holmes. Rich in contextual detail and with her customary eye for the intricacies of publishing history, Clarke's wonderfully accessible book brings to the fore a collection of hitherto neglected writers simultaneously made possible but pushed to the margins by Conan Doyle's most famous creation." - Andrew Pepper,, Senior Lecturer in English and American Literature, Queen's University, Belfast Professor Clarke's superb new book, British Detective : The Successors to Sherlock Holmes, is required reading for anyone interested in Victorian crime and detective fiction. Building on her award-winning first monograph, Late-Victorian Crime Fiction in the Shadows of Sherlock, Dr. Clarke further explores the history of serial detective fiction published after the "death" of Conan Doyle's famous detective in 1893. This is a path-breaking book that advances scholarship in the field of late-Victorian detective fiction while at the same time introducing non-specialist readers to a treasure trove of stories that indeed rival the Sherlock Holmes series in their ability to puzzle and entertain the most discerning reader. - Alexis Easley, Professor of English, University of St.Paul, Minnesota