indgår i serie Worlds of the East India Company 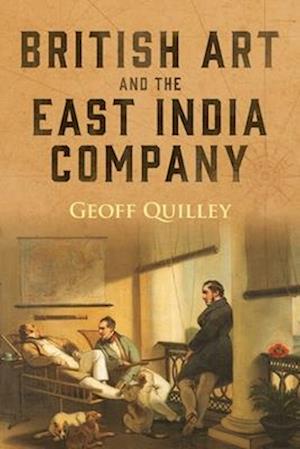 This book examines the role of the East India Company in the production and development of British art during the eighteenth and early nineteenth centuries, when a new "school" of British art was in its formative stages with the foundation of exhibiting societies and the Royal Academy in 1768. It focuses on the Company's patronage, promotion and uses of art, both in Britain and in India and the Far East, and how the Company and its trade with the East were represented visually, through maritime imagery, landscape, genre painting and print-making. It also considers how, for artists such as William Hodges and Arthur William Devis, the East India Company, and its provision of a wealthy market in British India, provided opportunities for career advancement, through alignment with Company commercial principles. In this light, the book's main concern is to address the conflicted and ambiguous nature of art produced in the service of a corporation that was the "scandal of empire" for most of its existence, and how this has shaped and distorted our understanding of the history of British art in relation to the concomitant rise of Britain as a self-consciously commercial and maritime nation, whose prosperity relied upon global expansion, increasing colonialism and the development of mercantile organisations. GEOFF QUILLEY is Professor of Art History at the University of Sussex, specializing in the relation of British and western visual culture to empire and global expansion in the eighteenth and nineteenth centuries. He was previously Curator of Fine Art at the National Maritime Museum, London, and has written and edited numerous books, including Empire to Nation: Art, History and the Visualization of Maritime Britain, 1768-1829 (Yale University Press 2011).

Forfattere
Bibliotekernes beskrivelse Examines the role of the East India Company in the production and development of British art, demonstrating how art and related forms of culture were closely tied to commerce and the rise of the commercial state.