- Their Development and Operations 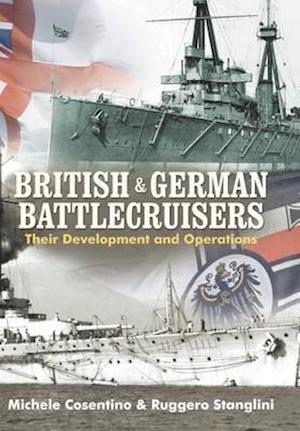 The fast and formidably-armed battlescruisers of Great Britain and Germany that were developed before and during the First World War are, in this new book, compared and contrasted in a way, and at a level of detail that has never been attempted before. The authors begin by looking at the relationship and rivalry between Great Britain and Germany and at how foreign policy, strategic and tactical considerations, economic, industrial and technological developments, and naval policies led to the instigation of the battlecruiser programmes in both countries. Chapters are then devoted to the development of the type in each country, at their design and construction, protection, propulsion plants, weapons, fire control, and communication systems, focussing particularly on the innovative aspects of the designs and on their strengths and weaknesses. These ships eventually clashed in the North Sea at Dogger Bank, in January 1915, and while neither side suffered losses, the differences in their design and handling were apparent, differences that would be more starkly highlighted a year later at Jutland when three British ships were destroyed.These actions, and others they took part in, are described and assessed by the authors who then conclude by analysing their strengths and limitations.This is a major new work for naval enthusiasts everywhere.

Forfattere
Bibliotekernes beskrivelse A new and comparative study of the ship type that fought at Jutland. 220 black and white photographs and line drawings