- Fatal Accidents From the 1830s to the Present Day 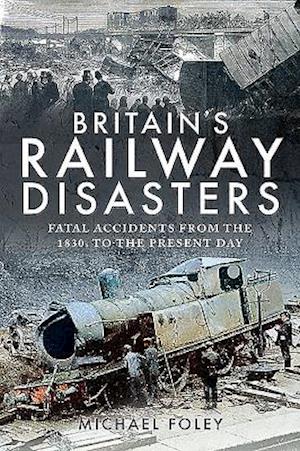 Passengers on the early railways took their lives in their hands every time they got on board a train. It was so dangerous that they could buy an insurance policy with their ticket. There seemed to be an acceptance that the level of danger was tolerable in return for the speed of travel that was now available to them.British Railway Disasters looks at the most serious railway accidents from the origins of the development of the train up to the present day. Seriousness is judged on the number of those who died. Information gleaned from various newspaper reports is compared with official reports on the accidents.The book will appeal to all those with a fascination for rail transport as well as those with a love of history.Michael Foley examines the social context of how injuries and deaths on the railways were seen in the early days, as well as how claims in the courts became more common, leading to a series of medical investigations as to how travelling and crashing at high speed affected the human body.

Forfattere
Bibliotekernes beskrivelse Passengers were locked into carriages and often tried to acquire keys to the doors. Travelling in second and third class was much more dangerous than first class. Punishments inflicted on early railway companies for causing death were often based on a law 100 black and white illustrations