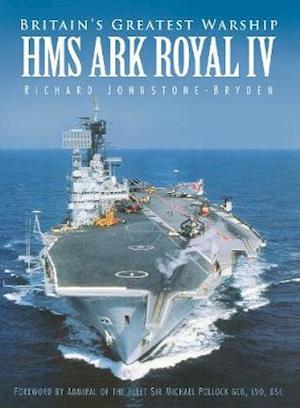 Britain's Greatest Warship recounts the story of Ark Royal and her `people', from the laying down of her keel in 1943 and her first commission in 1955, through to her decommissioning in 1979 and her scrapping in 1980. Ark Royal played a crucial role in the development of Royal Naval fixed-wing aviation and pioneered the concept of carrier-borne VSTOL aircraft. She saw extensive service during the 1960s and '70s, a time that witnessed many significant changes not only in Navy life, but also in the way seapower was used as a means of projecting national influence worldwide.Painting a vivid picture of life on board a class of Royal Navy warship that has now gone forever, the author brings the story of the `Ark' alive using interviews and first-hand accounts. These range from former officers and crew, including admirals, captains and ship's company, to aircrew of the embarked Fleet Air Arm squadrons and the shipyard workers who built the `Ark'.Fully illustrated with a rich selection of rare photographs, this book is sure to appeal to all with an interest in the Royal Navy and its warships.