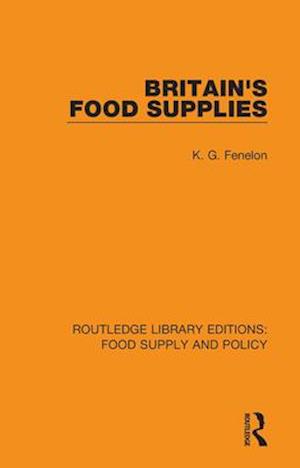 Originally published in 1952. In this fascinating book that examines the statistics, the term food supplies is interpreted in a wide sense and it deals among other matters with such subjects as supplies from home agriculture and from overseas; food consumption; controls, rationing and price regulations, and Government purchasing of food. Included are chapters on world food supplies, international organizations concerned with food and agriculture, and development schemes in the Commonwealth and colonies. Food supply from the eighteenth century onwards is outlined and the dependence on imported food is discussed.