Britain and the Origins of the First World War

indgår i serie The Making Of The Twentieth Century 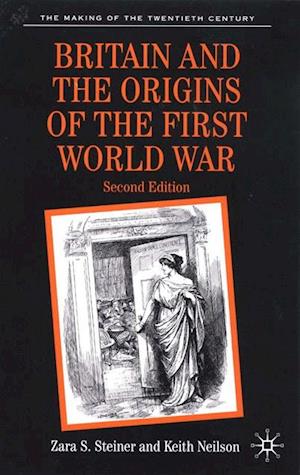 How and why did Britain become involved in the First World War? Taking into account the scholarship of the last twenty-five years, this second edition of Zara S. Steiner's classic study, thoroughly revised with Keith Neilson, explores a subject which is as highly contentious as ever.While retaining the basic argument that Britain went to war in 1914 not as a result of internal pressures but as a response to external events, Steiner and Neilson reject recent arguments that Britain became involved because of fears of an 'invented' German menace, or to defend her Empire. Instead, placing greater emphasis than before on the role of Russia, the authors convincingly argue that Britain entered the war in order to preserve the European balance of power and the nation's favourable position within it.Lucid and comprehensive, Britain and the Origins of the First World War brings together the bureaucratic, diplomatic, economic, strategical and ideological factors that led to Britain's entry into the Great War, and remains the most complete survey of the pre-war situation.