Britain and the Onset of Modernization in Brazil 1850-1914 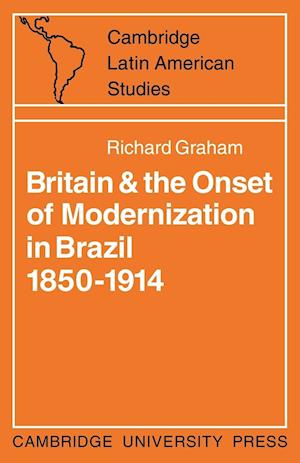 This is a detailed study of British influence in Brazil as a theme within the larger story of modernization. The British were involved at key points in the initial stages of modernization. Their hold upon the import-export economy tended to slow down industrialization, and there were other areas in which their presence acted as a brake upon Brazilian modernization. But the British also fostered change. British railways provided primary stimulus to the growth of coffee exports, and since the British did not monopolize coffee production, a large proportion of the profits remained in Brazilian hands for other uses. Furthermore, the burgeoning coffee economy shattered traditional economic, social and political relationships, opening up the way for other areas of growth. The British role was not confined to economic development. They also contributed to the growth of 'a modern world-view'. Spencerianism and the idea of progress, for instance, were not exotic and meaningless imports, but an integral part of the transformation Brazil was experiencing.