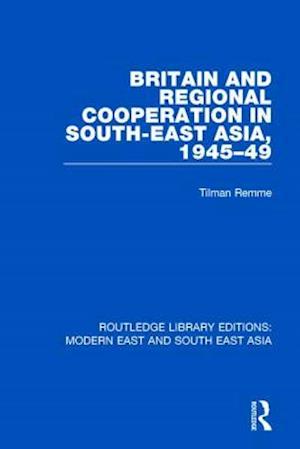 This book, first published in 1995, traces the attempt by the British Foreign Office to establish an international regional organisation in South-East Asia which would allow Britain to dominate the region politically, economically and militarily. The author explores the changing emphasis of Britain's regional policies and puts the issues affecting South-East Asia in the post-War period into a wide context. He explores events in the light of the Japanese defeat in the Second World War, the Communist struggle for supremacy of China, the development of Anglo-American relations in Asia and the beginnings of the Cold War.