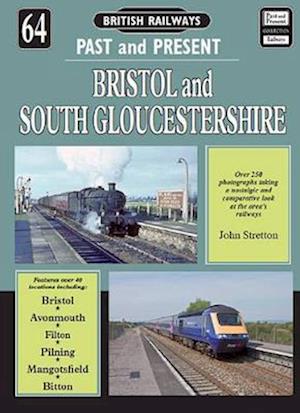 'British Railways Past and Present' is a nationwide series of books featuring photographs of railway locations taken several decades ago and comparing them with the same scene today. Such is the current pace of change on our railway system that even a few years can reduce a busy and vibrant railway scene to a wasteland or housing estate - or conversely can bring electrification and up-to-the-minute technology to an outdated, run-down route. The contrasts are often dramatic, while sometimes hardly anything has altered in 30 or 40 years. Whatever the change, the comparison of 'past' and 'present' will intrigue not only the railway enthusiast and historian, but also anyone interested in our recent history. In this volume covering South Gloucestershire are over 175 photographs featuring a wealth of locations on both Ex-Great Western and LMS Main Lines during the British Railways era and before contrasted with the scene in recent times. Many erstwhile routes and locations closed in the 'Beeching years' and before are seen when trains still plied their trade and the wayside station provided a local service even over short distances.