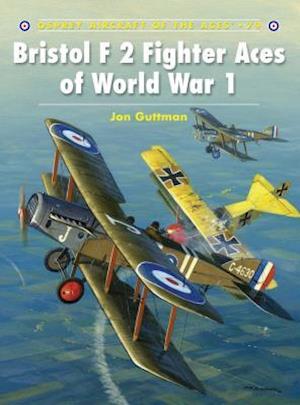 This is the history of the best Allied 'fighter-destroyer' of World War I and the pilots who flew it. Nicknamed 'Biff' by the pilots, the Bristol F2 Fighter enjoyed extraordinary over the Western Front in the final 18 months of the war. However it had an inauspicious debut. Indeed, an entire flight of F2As was wiped out by von Richthofen's Jasta 11. However, a new improved F2B was soon delivered to the front which was functioned in an entirely different manner. The crews operated the plane not as a standard two-seater, but as a single-seat with a 'sting in the tail' in the form of a rear gunner with a Lewis machine gun. Numerous ace teams earned the 'Biff' grudging respect from its German opponents. This book will chart the development of the plane from its unpromising beginnings, to the revised model operating with a new kind of tactics. Moreover, the numerous first-hand accounts and combat reports will give a fascinating insight into the experiences of the pilots themselves.