Bring Me the Head of Ivy Pocket 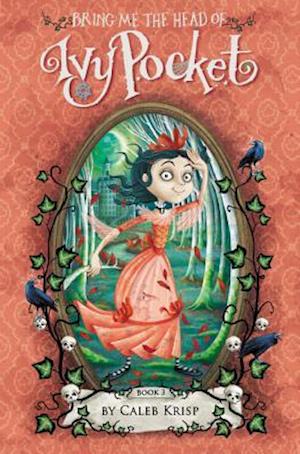 Meet the girl who ABSOLUTELY EVERYONE is trying to avoid

The completely unreliable and totally irrepressible Ivy Pocket must orchestrate a most daring and brilliant rescue in the wickedly funny conclusion to the Ivy Pocket trilogy. Neil Gaiman meets Lemony Snicket and the Series of Unfortunate Events in this hilarious series that the Huffington Post called "a must-read." Perfect for middle school readers

Since she came into possession of the Clock Diamond, Ivy Pocket has been chased, tricked, kidnapped, locked in an institution, and subjected to a truly terrible set of adoptive parents. Luckily, Ivy Pocket always lands on her feet--having all the natural instincts of a frightened feline. With the Clock Diamond in hand, she hurries to rescue her best friend, Rebecca, who is being held prisoner in a parallel world. But Ivy Pocket has fallen ill, there's a man in a white suit following her everywhere, and the Butterfields seem to be behind yet another plot to lock her away. With a few tricks and all the natural instincts of a master of disguise, Ivy Pocket is sure she can dodge her enemies long enough to pull off the most daring rescue anyone has ever seen.