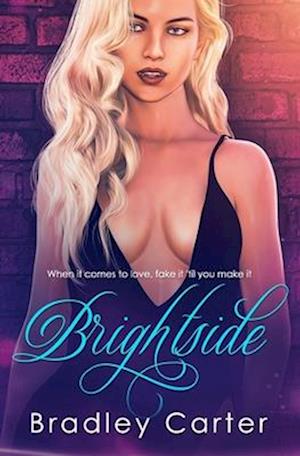 A BEST-SELLING NOVEL ... Well, not really.Felix Hines is a data entry specialist, and that's as exciting as it sounds. It's only for the love of his coworker, Brittney Masterson, that keeps him pressing on throughout each day.

Since childhood, Felix has battled an uncontrollable condition that keeps him from pursuing her, or anyone else, but it doesn't stop him from being pursued. However, he has found a way around the issue of a real relationship.

When he discovers that his alpha-male boss is trying to win the hand of Brittney, and his pursuer is closer to a stalker, Felix becomes desperate to find a solution to his personal issue.

When all of his problems collide, reality becomes stranger than his fantasies.

Beta-readers and editors are saying: - "Disturbingly creepy and hilarious."

- "This story is insane and fantastic I love it "

- "So many intense scenes that leave you with laughter."

BRIGHTSIDE is a heartfelt satire about the things we want but can't have.