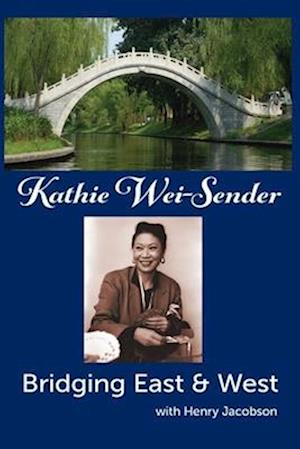 From The New York Times best-selling author of Second Daughter: Growing Up in China 1930-1949 comes the intriguing story of a woman whose exuberant personality and pursuit of excellence brought her into contact with some of the world's most noted personalities. Kathie Wei-Sender recalls her privileged childhood in Beijing as the daughter of a respected professor. In a reversal of fortune, she descreibes political upheavals in China and her family's flight during the war years. An arranged marriage brought her to America, where she recognized her need for personal fulfillment despite the confines of a traditional Chinese marriage.

Kathie Wei-Sender overcame multiple challenges-from convincing a legless doctor living in solitude to visit her ailing mother-to winning a World Bridge Federation Olympiad gold medal. With wit and elegance, she forged close relationships with powerful people, and here, she tells unique stories of her interactions with titans of industry, Warren Buffet and Malcolm Forbes. Her innate sense of diplomacy led to invitations to the White House to discuss China-U.S. relations.

Her second husband, an internationally-recognized shipping magnate, introduced her to Ronald Reagan and George H. W. Bush. She informed both presidents on the nuances of China-U.S. politics. Her passion for the game of bridge resulted in a long friendship with Chairman Deng Xiaoping based on their mutual love for the game.

These are the reflections of the only American to be named a minister for the Chinese government, a woman whose life inspires those around her to reach for their highest potential.