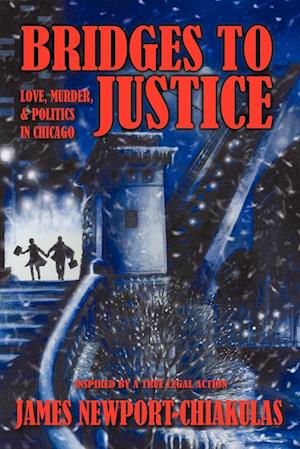 John Del Greco's life dramatically changes when, as a newly-sworn lawyer, he reluctantly agrees to represent a maverick group of black bridge workers who are fighting City Hall for recognition of their new organization and to oust a union that collaborated with the old Chicago political machine. The idealistic Del Greco knows he's up against a powerful union, but what he doesn't know is that a racist killer lurks on the river intimidating anyone who supports the new union. This killer brazenly murdered twenty-year-veteran white bridge tender, Stanley "Stosh" Kozinski, at his own job site on the 18th Street Bridge during the times of Chicago's worst racial tension since the race riots of 1919. Del Greco is paired with an alluring ally in his fight for justice for the bridge workers. Michelle Jordan is the attractive black opposing special counsel hired by the City and is sympathetic to the plight of the black river workers. Greco and Jordan's clandestine and professionally unethical collaboration lead to a passionate love affair and dramatic life-and-death confrontation with the river murderer.