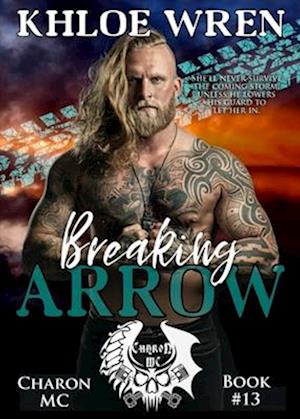 She'll never survive the coming storm, unless he lowers his guard to let her in.

Bodie "Arrow" Trygg didn't care he was the last officer of the Charon MC left single. He was happy with his life in Bridgewater, Texas. Being treasurer of the club kept him busy, and there were women at the clubhouse available for when he got an itch he needed scratched. What more did a man need?

Tabitha's life has never been easy. Even before she was enslaved by the evil Godfrey, she was struggling to survive. Everything changed when the Charon MC stormed Godfrey's house and freed his captives, including her. At least, that's what she'd hoped.

When it's discovered Tabitha isn't as safe as they'd all first thought, Arrow steps up to be her protector. But is he ready for all that will entail?