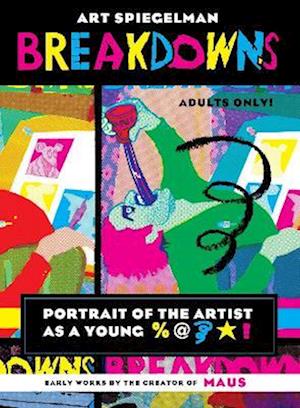 The creator of the Pulitzer Prize-winning Maus explores the comics form...and how it formed him!**In a new flexibound format with an updated afterword**This book opens with Portrait of the Artist as a Young %@&*!, creating vignettes of the people, events, and comics that shaped Art Spiegelman. It traces the artist's evolution from a MAD-comics obsessed boy in Rego Park, Queens, to a neurotic adult examining the effect of his parents' memories of Auschwitz on his own son.The second part presents a facsimile of Breakdowns, the long-sought after collection of the artist's comics of the 1970s, the book that triggers these memories. Breakdowns established the mode of formally sophisticated comics that transformed the medium, and includes the prototype of Maus, cubist experiments, an essay on humor, and the definitive genre-twisting pulp story "Ace Hole-Midget Detective."Pulling all this together is an illustrated essay that looks back at the sixties as the artist pushes sixty, and explains the obsessions that brought these works into being. Poignant, funny, complex, and innovative, Breakdowns alters the terms of what can be accomplished in a memoir.'Art Spiegelman is the single most important comic creator' Alan Moore