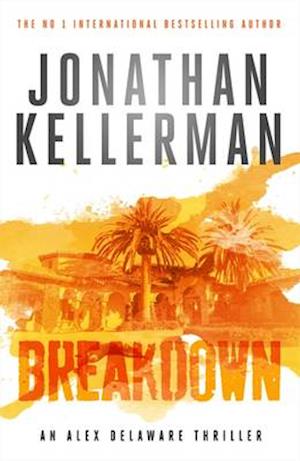 Criminal psychologist Dr. Alex Delaware is pushed to his limit like never before in Breakdown by New York Times No.1 bestseller Jonathan Kellerman. Fans of Michael Connelly and Harlan Coben will love this sabre-sharp storytelling from the master of psychological suspense. Dr. Alex Delaware first meets beautiful and emotionally fragile actress Zelda Chase when called upon to evaluate her five-year-old son. Years later, Alex is unexpectedly reunited with Zelda when she is involuntarily committed after a bizarre psychotic episode. But tragedy strikes and shortly after her release, Zelda is discovered dead in the grounds of a palatial L.A. estate. Having experienced more than enough of the city's dark side to recognise the scent of evil, Alex turns to his friend, LAPD Lieutenant Milo Sturgis, for help in finding the perpetrator. Meanwhile, Alex is caught up in another quest: the search for Zelda's missing son. And when other victims vanish from the same upscale neighborhood, worry turns to terror.As Alex struggles to piece together the brief rise and steep fall of a gorgeous, talented actress, he and Milo unveil shattered dreams, the corruption of a family, and a grotesque betrayal of innocence. With each devastating revelation and damning clue, Alex's brilliant mind is challenged as never before - and his determination grows to see a killer caged and the truth set free.

Forfattere
Bibliotekernes beskrivelse Psychologist sleuth Alex Delaware has experienced more than enough of L.A.'s dark side to recognise the scent of evil...