- Religion, Justice, and the Abolition of Prisons 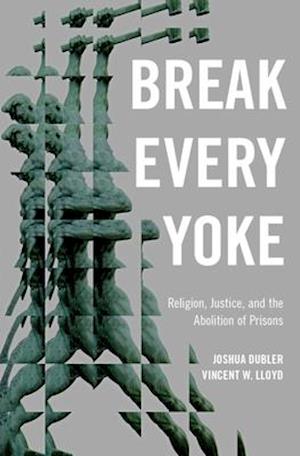 Changes in the American religious landscape enabled the rise of mass incarceration. Religious ideas and practices also offer a key for ending mass incarceration. These are the bold claims advanced by Break Every Yoke, the joint work of two activist-scholars of American religion. Once, in an era not too long past, Americans, both incarcerated and free, spoke a language of social liberation animated by religion. In the era of mass incarceration, we havelargely forgotten how to dream-and organize-this way. To end mass incarceration we must reclaim this lost tradition. Properly conceived, the movement we need must demand not prison reform but prison abolition.Break Every Yoke weaves religion into the stories about race, politics, and economics that conventionally account for America's grotesque prison expansion of the last half century, and in so doing it sheds new light on one of our era's biggest human catastrophes. By foregrounding the role of religion in the way political elites, religious institutions, and incarcerated activists talk about incarceration, Break Every Yoke is an effort to stretch the American moral imaginationand contribute resources toward envisioning alternative ways of doing justice. By looking back to nineteenth century abolitionism, and by turning to today's grassroots activists, it argues for reclaiming the abolition "spirit."