Brazil as a Rising Power

- Intervention Norms and the Contestation of Global Order 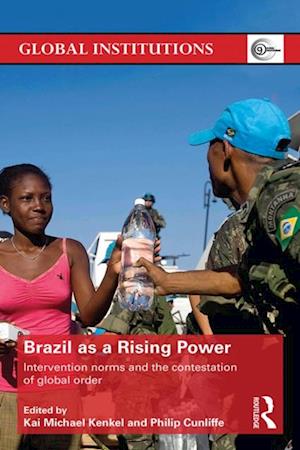 This book examines the normative tensions inherent in upward mobility within the international system, focusing particularly on the clash between sovereign self-interest and the putatively universal norms associated with international interventions. It provides extensive detail and deep analysis of Brazil's nature as a rising power, and that nature's implications for how the country crafts its international profile on issues such as intervention. In addition, the book proposes innovative ways of (re)organising thematic, conceptual and empirical research on the normative behaviour of emergent powers with regard to institutions of global governance and questions of intervention. In analysing what distinguishes Brazil as a rising power, the contributors begin from the assumption that participation in intervention is an increasingly crucial element in demonstrating the capacity and responsibility for which demand accrues as a state seeks increased international profile. As such, the debates around intervention serve as an indicative locus for examining the clash of norms that accompanies emergence as a global player. The book's approach is to organise the analysis around thematic rather than chronological or praxis-based lines, using the Brazilian case as an illustrative example capable of extrapolation to other emerging powers such as Turkey, India and others.This work draws together rich empirical detail with sophisticated and varied conceptual analysis and will be of interest to scholars of international relations, Latin-American politics and global governance.