Brain Food and Other Tales 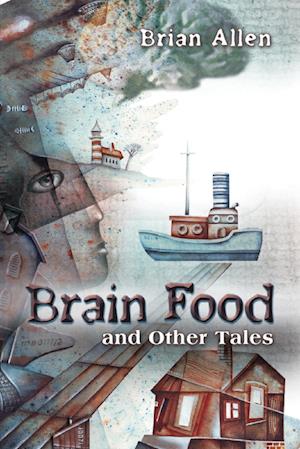 Forfattere
Forlagets beskrivelse On the surface, menace lurks in many of the stories in Brain Food and Other Tales. Some of these disturbing stories seem to be based on fact. All are surprisingly difficult to forget.The short story 'Brain Food' tells of a distressed woman who happens on an unbelievably cruel and callous way of ridding herself of her violent, drunken husband. 'Cottage Pies' appears to be set within an idyllic village, but all is not as it seems. Soon, a shockingly brutal child murder and rape shatter the tranquility. The villagers take matters into their own hands in determining the culprit and inflicting a suitable penalty.Yet another story, 'Asudem,' tells of a traveller's meeting on an idyllic Greek island with a beautiful, sophisticated woman that gives every indication of proving to be the start of a truly rewarding relationship. Instead, it is the prelude to a tale that takes a different, horrific direction.'Never Say Die' illustrates that there may be worse things than dying. Far from bringing peace and relief from a ghastly terminal illness, death instead brings the most horrible transformation.In contrast, 'My Good Friend Sam' tells a story of true friendship, but still offers an unpredictable ending.