- The Story of a 25-year Collaboration 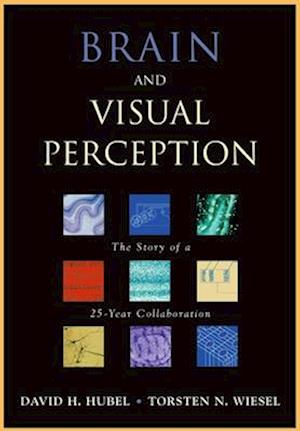 Scientists' understanding of two central problems in neuroscience, psychology, and philosophy has been greatly influenced by the work of David Hubel and Torsten Wiesel: What is it to see? This relates to the machinery that underlies visual perception, How do we acquire the brain's mechanisms for vision? This is the nature-nurture question as to whether the nerve connections responsible for vision are innate or whether they develop through experience in the earlylife of an animal or human.This is a book about the collaboration between Hubel and Wiesel, which began in 1958, lasted until about 1982, and led to a Nobel Prize in 1981. It opens with short autobiographies of both men, describes the state of the field when they started, and tells about the beginnings of their collaboration. It emphasizes the importance of various mentors in their lives, especially Stephen W. Kuffler, who opened up the field by studying the cat retina in 1950, and founded the department ofneurobiology at Harvard Medical School, where most of their work was done. The main part of the book consists of Hubel and Wiesel's most important publications. Each reprinted paper is preceded by a foreword that tells how they went about the research, what the difficulties and the pleasures were, and whetherthey felt a paper was important and why. Each is also followed by an afterword describing how the paper was received and what developments have occurred since its publication. The reader learns things that are often absent from typical scientific publications, including whether the work was difficult, fun, personally rewarding, exhilarating, or just plain tedious. The book ends with a summing-up of the authors' view of the present state of the field.This is much more than a collection of reprinted papers. Above all it tells the story of an unusual scientific collaboration that was hugely enjoyable and served to transform an entire branch of neurobiology. It will appeal to neuroscientists, vision scientists, biologists, psychologists, physicists, historians of science, and to their students and trainees, at all levels from high school on, as well as anyone else who is interested in the scientific process.

Forfattere
Bibliotekernes beskrivelse Presents the story of an exciting and hugely successful 25-year collaboration between two scientists - David Hubel and Torsten Wiesel. This book contains their major papers from 1959 to 1981, each with comments telling how and why the authors went about the study, how the work was received, and what has happened since. numerous halftones and line drawings