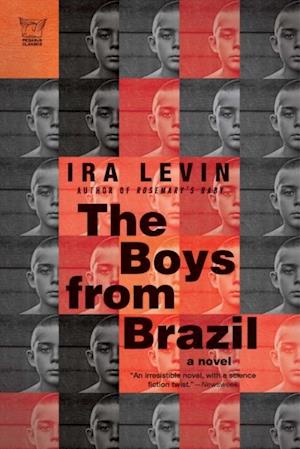 The classic thriller of Dr. Josef Mengeles nightmarish plot to restore the Third Reich.Alive and hiding in South America, the fiendish Nazi Dr. Josef Mengele gathers a group of former colleagues for a horrifying projectthe creation of the Fourth Reich. Barry Kohler, a young investigative journalist, gets wind of the project and informs famed Nazi hunter Ezra Lieberman, but before he can relay the evidence, Kohler is killed. Thus Ira Levin opens one of the strangest and most masterful novels of his career. Why has Mengele marked a number of harmless aging men for murder? What is the hidden link that binds them? What interest can they possibly hold for their killers: six former SS men dispatched from South America by the most wanted Nazi still alive, the notorious ';Angel of Death';? One man alone must answer these questions and stop the killingsLieberman, himself aging and thought by some to be losing his grip on reality. At the heart of The Boys from Brazil lies a frightening contemporary nightmare, chilling and all too possible.