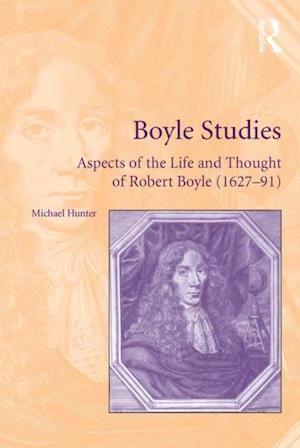 The significance of Robert Boyle (1627-91) as the most influential English scientist in the generation before Newton is now generally acknowledged, but the complexity and eclecticism of his ideas has also become increasingly apparent. This volume presents an important group of studies of Boyle by Michael Hunter, the leading expert on Boyle's life and thought. It forms a sequel to two previous books: Hunter's Robert Boyle: Scrupulosity and Science (2000) and The Boyle Papers: Understanding the Manuscripts of Robert Boyle (2007). Like them, it conveniently brings together material otherwise widely scattered in essay volumes and academic journals, while nearly a third of the book's content is hitherto unpublished. The collection opens with a substantial introduction that places the studies that follow in the context of existing studies of Boyle; appended to it is an annotated edition of Boyle's telling list of desiderata for science. The next three essays comprise a group of essentially biographical studies, exploring various aspects of Boyle's life and intellectual evolution, after which three others provide further evidence of the 'convoluted' Boyle divulged in Robert Boyle: Scrupulosity and Science. Finally, we have two chapters, one hitherto published only in French and the other not at all, which throw important light on topics that preoccupied Boyle in the last few years of his life - the supernatural and the exotic. Together, these essays add greater depth to our understanding of Boyle, both as an individual and as a natural philosopher.