- The Shorter Writings of William Booth 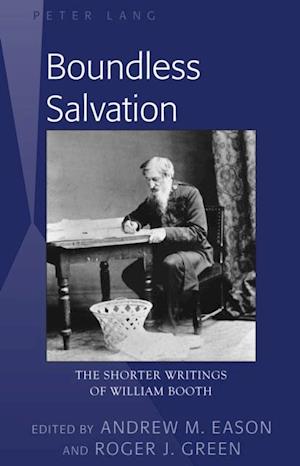 William Booth (1829-1912) is remembered for the major role he played in founding the Salvation Army, an evangelical organization now operating in more than 120 countries. Few people, however, are aware of the fact that Booth was also a prolific author. During his long lifetime he wrote countless articles and speeches on a variety of topics, ranging from Christian doctrine to female ministry and missionary work. The most important of these shorter writings are presented in one volume for the first time here, along with perceptive commentary by two leading scholars of the Salvation Army. 'Boundless Salvation: The Shorter Writings of William Booth' convincingly demonstrates that Booth's enormous accomplishments arose from deeply held religious convictions. It argues persuasively that his life and ministry must be understood in relation to the Methodist theology and transatlantic revivalism that inspired and guided him. By showcasing and analyzing these religious contexts, this edited collection sheds considerable light on a towering figure of the Victorian period. In the process, it offers valuable insight into the origins and development of the Salvation Army, one of the most remarkable organizations to arise during the nineteenth century. 'Boundless Salvation: The Shorter Writings of William Booth' will appeal to a broad readership, especially to those with an interest in religion and history.