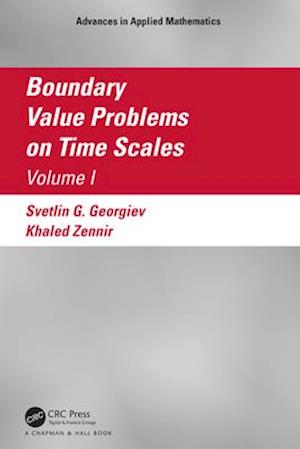 Boundary Value Problems on Time Scales, Volume I is devoted to the qualitative theory of boundary value problems on time scales. Summarizing the most recent contributions in this area, it addresses a wide audience of specialists such as mathematicians, physicists, engineers and biologists. It can be used as a textbook at the graduate level and as a reference book for several disciplines. The text contains two volumes, both published by Chapman & Hall/CRC Press.Volume I presents boundary value problems for first- and second-order dynamic equations on time scales. Volume II investigates boundary value problems for three, four, and higher-order dynamic equations on time scales. Many results to differential equations carry over easily to corresponding results for difference equations, while other results seem to be totally different in nature. Because of these reasons, the theory of dynamic equations is an active area of research. The time-scale calculus can be applied to any field in which dynamic processes are described by discrete or continuous time models.The calculus of time scales has various applications involving noncontinuous domains such as certain bug populations, phytoremediation of metals, wound healing, maximization problems in economics, and traffic problems. Boundary value problems on time scales have been extensively investigated in simulating processes and the phenomena subject to short-time perturbations during their evolution. The material in this book is presented in highly readable, mathematically solid format. Many practical problems are illustrated displaying a wide variety of solution techniques.AUTHORSSvetlin G. Georgiev is a mathematician who has worked in various areas of the study. He currently focuses on harmonic analysis, functional analysis, partial differential equations, ordinary differential equations, Clifford and quaternion analysis, integral equations, and dynamic calculus on time scales.Khaled Zennir earned his PhD in mathematics in 2013 from Sidi Bel Abbes University, Algeria. In 2015, he received his highest diploma in Habilitation in mathematics from Constantine University, Algeria. He is currently assistant professor at Qassim University in the Kingdom of Saudi Arabia. His research interests lie in the subjects of nonlinear hyperbolic partial differential equations: global existence, blowup, and long-time behavior.