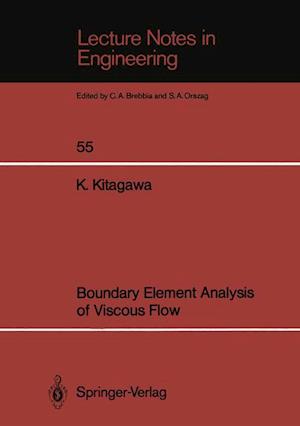 In recent years, the performance of digital computers has been improved by the rapid development of electronics at remarkable speed. In addition, substantial research has been carried out in developing numerical analysis techniques. Nowadays, a variety of problems in the engineering and scientific fields can be solved by using not only super computers but also personal computers. After the first book titled "Boundary Element" was published by Brebbia in 1978, the boundary element method (BEM) has been recognized as a powerful numerical technique which has some advantages over the finite difference method (FDM) and finite element method (FEM). A great amount of research has been carried out on the applications of BEM to various problems. The numerical analysis of fluid mechanics and heat transfer problems plays a key role in analysing some phenomena and it has become recognized as a new research field called "Computational Fluid Dynamics". In partic ular, the analysis of viscous flow including thermal convection phenomena is one of the most important problems in engineering fields. The FDM and FEM have been generally .applied to solve these problems because of non singularities of governing equations.